Hi there! It looks like you’re using an outdated browser. Please upgrade to improve your Wild Kingdom experience.

Or continue forth, brave adventurer! 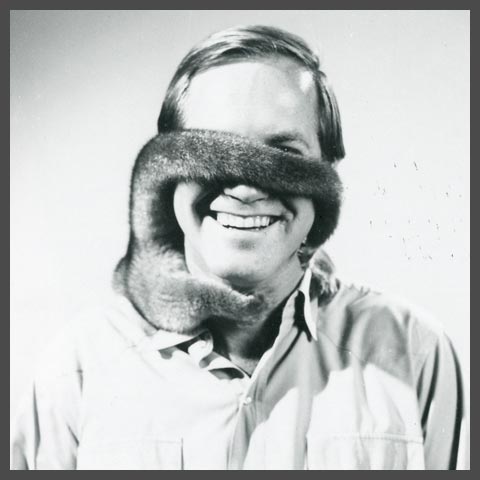 Jim Fowler – naturalist, explorer, wildlife expert and star of Mutual of Omaha’s Wild Kingdom – has passed away. Fowler died on May 8th at the age of 89.

Many will remember Fowler from his days as co-host with Marlin Perkins on Mutual of Omaha’s Wild Kingdom. Fowler, who appeared on Wild Kingdom beginning with the pilot episode on January 6, 1963, was never one to shy away from danger. Whether hanging out of a helicopter, bluffing a herd of elephants or wrestling an anaconda, he was always in the midst of the action. 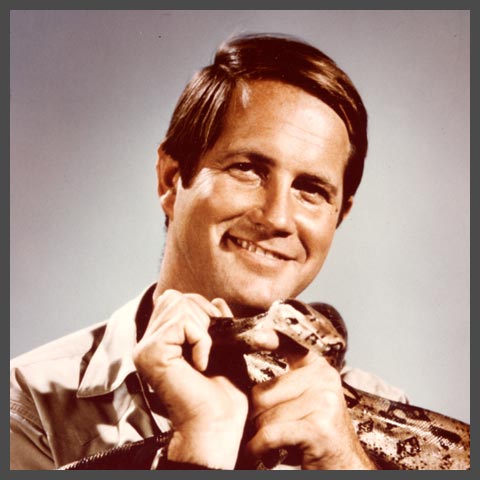 “Johnny’s the one who started the jokes about me and Marlin in his monologues,” said Fowler. “Johnny would imitate Marlin saying, ‘I’ll stay back at camp mixing drinks for the native girls while I send Jim downriver to wrestle the two-horned rhino in heat.’”

In addition to the Tonight Show, Fowler appeared on the Merv Griffin Show and Mike Douglas Show. He was also a wildlife correspondent for NBC’s Today Show.

Fowler’s early interest in wildlife was nurtured as a youngster on his family’s large farm, Mud Creek Plantation, near Albany, Georgia. His interest grew through his zoology studies at Earlham College in Richmond, Indiana.

A star athlete in college, Fowler turned down tempting baseball offers from the Philadelphia Philles and New York Yankees in order to continue his wildlife career. He had special interest in training eagles and later became an internationally recognized authority on predatory birds. This reputation was earned in part by being the first man to successfully trap a harpy eagle (the world’s largest bird of prey) and bring it back alive to the United States. 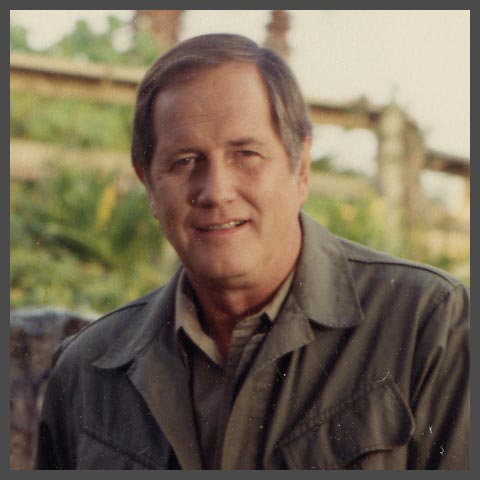 Fowler’s mission as a naturalist was to educate the public about wildlife species throughout the world and how to preserve environments for both animals and humans. Whether presenting to a group of fellow animal experts or elementary school students, Fowler’s message remained the same. “What we have to do is ask ourselves, ‘What’s in it for me?’ Only then will we realize that the continued existence of wildlife and wilderness is ultimately important to the quality of life of humans.”

Fowler’s memory will remain through the work he did on Mutual of Omaha’s Wild Kingdom, as well as through the many parks, wildlife centers and nature preserves to which he lent his design and consultant expertise. But perhaps his most important legacy will be the role he played in inspiring the next generation of naturalists and wildlife experts.

Jim Fowler ... a wildlife icon well worth remembering. And honoring.